Additional note as of November 6, 2014:  This article was republished with permission by the International Relations and Security Network (ISN), a project of the Center for Security Studies (CSS), at the Swiss Federal Institute of Technology (ETH Zurich), click HERE.  Many thanks to the kind folks at ISN for both finding my content valuable and also giving me the opportunity to reach a larger audience.

The United States Intelligence Community website states, “Our primary mission is to collect and convey the essential information the President and members of the policymaking, law enforcement, and military communities require to execute their appointed duties.” Another portion of the webpage describes the intelligence cycle and how “[t]he process begins with identifying the issues in which policy makers are interested and defining the answers they need to make educated decisions regarding those issues[i].”  Note the part where the issues of interest are identified. Intelligence is a support function to something larger. That something larger is the effort undertaken by the customer who consumes the intelligence. 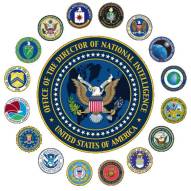 When General Stanley McChrystal became Commander of U.S. forces and the International Security Assistance Force in Afghanistan in June 2009, his approach differed from that of his predecessors. Rather than focusing on the targeting process of find, fix, finish, exploit, analyze, and disseminate (F3EAD)[ii], General McChrystal’s strategy put the protection of civilians first and the killing of the enemy second[iii]. Accompanying General McChrystal to Afghanistan was Major General Michael Flynn who served as Director of Intelligence. Major General Flynn soon realized that the intelligence needed to support General McChrystal’s strategy was lacking as it was apportioned to support F3EAD instead of military operations to protect civilians.

Major General Flynn, along with Captain Matt Pottinger, United States Marine Corps, and Paul D. Batchelor, Defense Intelligence Agency, noted the disconnect between customer needs and intelligence community apportionment in a January 2010 paper “Fixing Intel: A Blueprint for Making Intelligence Relevant in Afghanistan.” A relevant quote from that paper is, “Eight years into the war in Afghanistan, the U.S. intelligence community is only marginally relevant to the overall strategy. Having focused the overwhelming majority of its collection efforts and analytical brainpower on insurgent groups, the vast intelligence apparatus is unable to answer fundamental questions about the environment in which the U.S. and allied forces operate and the people they need to persuade[iv].” To protect civilians, one must understand civilians. Major General Flynn’s paper attempted to persuade the intelligence community, an organization over which the Department of Defense has little control, to apportion themselves to meet the needs of General McChrystal’s strategy.

Once direction has been provided and risk management decisions have been made, it is now time to turn the properly apportioned intelligence organization loose to do its job. Depending upon the particular intelligence discipline, this can happen quickly or extremely slowly. The more technical intelligence disciplines can likely change their focus faster than slower ones such as human intelligence.

So what led to our current situation where cries of “intelligence failure” and “strategic surprise” are rampant? It was likely a convergence of circumstances. The events that led to the Syrian civil war, which in turn contributed to the rise of ISIL, began in March of 2011[vi]. In March 2011, other world events included Egypt appointing a new Prime Minister, the Libyan civil war being underway, President Saleh in Yemen refusing to step down, and thousands protesting in Bahrain[vii]. Based upon world events it is likely that the situation in Syria simply didn’t warrant much attention at that time.

In over three years since, it is possible that direction, risk management, and apportionment of intelligence capability did not occur. Even if all three did occur, something else could have happened. Warnings could have been ignored by customers. Sherman Kent, who the Central Intelligence Agency calls the Father of Intelligence Analysis, believed that warning is not complete until the Warner warns and the Warnee hears, believes, and acts[viii]. Despite the best efforts of intelligence organizations across the United States Government, they cannot make their customers choose action over inaction.