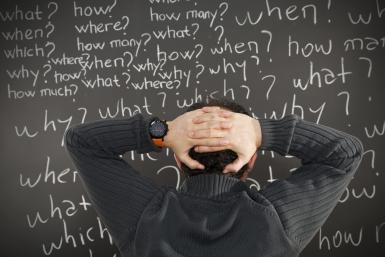 I recently had a déjà vu-like experience and felt as though I was writing something that I had already written.  Feeling concerned, I reviewed my previous work and realized that I was not repeating myself, but instead continuing to convey a theme that I had developed and maintained over time.  As I reflected more, I realized that I had reached a point where I had read, thought, experienced, and written enough that I could concisely state my own national security principles.  In an attempt to ensure applicability over time, to balance both the broad and the specific, and use as few words as possible, I present the six principles below.

1. Governments, groups, and individuals use the instruments of power at their disposal, including relationships with allies and partners, to change the behavior of others in order to gain an advantage or maintain an existing state of affairs based upon their own perceived need to do so.

2. Before employing the instruments of power at their disposal, governments, groups, and individuals should define their vision of success and how it will be measured over time.

3. Instruments of power should be developed in a balanced manner enabling those who wield them to undertake activities short of war as well as wage war based upon the situation presented.

4. How instruments of power are used will be remembered more than why, and this memory may impact the way governments, groups, or individuals are viewed by others over time.

5. Military force, as an instrument of power-of-last-resort, is best employed against a near-homogeneous, geographically-constrained enemy whose centralized leadership, if beaten, would likely accept defeat. Military force can also be used to degrade a non-homogeneous, globally-dispersed enemy, whose decentralized leadership or ideology will likely never accept defeat.

6. While military capabilities may be well suited to support activities short of war in certain circumstances, one must ensure that this does not result in these activities becoming militarized or the perception thereof.

The content of www.philwalter1058.com represents Phil Walter’s thoughts alone and does not represent his current employer or any previous employers.  These thoughts do not not contain information of an official nature nor does the content represent the official position of any government, any organization, or any group.

Beyond my personal writings, which are archived here, I run www.DivergentOptions.org with Steve Leonard and Bob Hein.

#NatSecGirlSquad is a membership organization for people committed to competent diversity across the national security apparatus, with an emphasis on defense and security.