As I walked through the enemy compound I noticed a dark room to my right. I entered and saw that the walls were black. It was not paint that made them dark. Upon closer inspection I saw long lines approximately seven feet high, one inch or so apart, that were dug into the wall. Each line was about one eighth to one quarter of an inch deep. When I asked one of the compound’s current residents what this room was he replied “When we took this compound back from the enemy three months ago we realized that they had been burning people alive in this room. Anyone they thought was against them was put in this room, doused with fuel, and set ablaze. Those lines were made by their fingernails as they tried to claw through the walls while they burned to death.” I stood there, at the time unmarried and without children, and was filled with rage. Regardless of what our foreign policy goals were in this country, behavior like this could not be left unchecked. At the time I thought we should stay here for as long as it takes to ensure this never happens again.

Eight years and a wife and child later…

I read my Twitter feed and see horrible things happening throughout the world. When I see anyone advocating that the U.S. take action my emotions run high. Eight years ago I would have been on their side. Eight years ago I would have still seen the possibility of good in U.S. action. Today I often feel as though U.S. action simply leads to more flag-draped metal coffins, permanent disfigurement, children growing up without their parents, and taxpayer money squandered.

What happened to me? Did Idealist Phil get replaced with Neo-Isolationist Phil? Do I embody depraved indifference? Since I am not surprised when the foreign forces that we trained and equipped for years abandon their posts in the face of a numerically inferior enemy am I easing into the “soft bigotry of low expectations” that President George W. Bush spoke of?

What happened to me was what I suspect happens to many who serve during wartime — you realize what you value, what you need to protect, and what is worth dying for. Though this may seem silly, a quote from the 2009 series“The Beast” staring Patrick Swayze still resonates with me “When you work for who we work for, doing what we do, you’ll find that there are things in life that you have to protect. Because the beast eats away at you, and if you’re not careful, the beast will eat all until you have nothing. And you are nothing.” 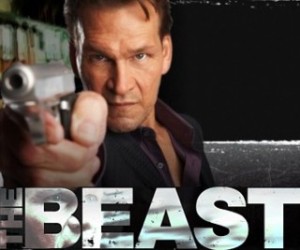 Another great movie quote that captures my change in thinking over the years is towards the end of the film “Lawrence of Arabia” when Prince Feisal is encouraging Colonel Lawrence to return to England “There’s nothing further here for a warrior. We drive bargains. Old men’s work. Young men make wars, and the virtues of wars are the virtues of young men. Courage and hope for the future. Then old men make the peace. And the vices of peace are the vices of old men. Mistrust and caution.”

My father says “A man is every man he ever was,” thus I have pre-war Idealist Phil on one shoulder and post-war Neo-Isolationist Phil on the other. Both versions of Phil will forever battle for my soul. As with most things I suspect the answer for me lies somewhere between the extremes. As Veterans we often struggle to maintain our objectivity. Sometimes we want to let the world burn because we may think that much of it is not worth saving. If you feel this way, I suggest you fight it as best you can. I know it’s hard. I ask that you try. Give the world a chance and it may surprise you.

If the soldier can be enticed to place his own experience of war within a larger historical context, then he or she, more than any other member of our society, is in a position to restrain the hand of the politician in making war. -Richard A. Gabriel and Karen S. Metz, “A Short History of War”