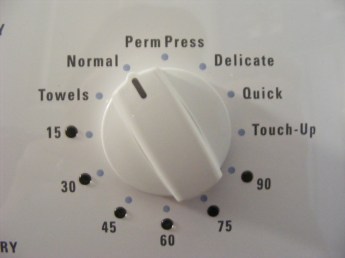 Sitting in the car I looked down at the cell phone on my right hip. I exhaled deeply, and shook my head a bit to try and tame my worries. After thinking for a few seconds I removed the cell phone from its case and plugged it into the car charger. It was the summer of 2012 and I had not been able to do that since returning from Afghanistan in the spring of 2007. When in a vehicle, my cell phone was always on my hip.

In Afghanistan my cell phone was my lifeline. It stayed on my hip because if I had to bail out of my car under fire I likely wouldn’t have time to grab anything else to take with me. Without my cell phone I could not call for help. Without help I would die or be captured. If I died or was captured I wouldn’t make it home to get married. I had called for help with it once, on the day I grew a third hand. Somehow on that day I had my M4 in one hand, global positioning system in another, and the cell phone in the other.

Though the stimulus of being deployed to Afghanistan was removed, the behavior pattern of keeping my cell phone on my hip remained for five years. Was this what they called Post Traumatic Stress Disorder? In my opinion it was not. At least, it was not a disorder. To me, it was the new normal. It was part of the package. By continuing this act I had just joined the ranks of many honorable men and women that came before me who served in conflict zones.

Since the beginning of time people have been permanently changed by their wartime experiences. Ask anyone who has been there. There is no shame in this change. We go to far away places and we do what we must and it stays with us. We come back and have the occasional intrusive thought. Once in a while we seem a bit distant or anxiety-ridden. There is no shame in this change.

If you must have a feeling associated with your change, let it be a feeling of pride. You answered your country’s call and survived. You survived! Now you must live. You must live life to the fullest to honor those who did not return. If you need help, get it. If you aren’t ready to talk yet, read the book“The Road Back” by Erich Maria Remarque and affirm that your feelings are not new in the history of humanity.

Today I exit the house, child in tow, and head towards my car. After answering endless “Why” questions my child is in their seat. I climb into my seat ready to start the car when I get a final question: “Daddy, why do you smile so big every time you plug your phone into the car charger?” “No reason Kid-O. No reason.”