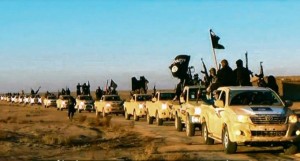 The last few months have been full of debate over a “new” violent extremist organization in Iraq and Syria. This organization was called the Islamic State of Iraq and the Levant (ISIL), the Islamic State of Iraq and Syria (ISIS) and at present the Islamic State (IS). Prepared remarks by the Director of the National Counterterrorism Center for an engagement at The Brookings Institution on September 3, 2014 state that this organization began its life as Al Qaeda in Iraq (AQIZ)[i]. Multiple name changes and whether or not the organization is part of or associated with Al Qaeda have caused confusion as to what authority the President has to take actions to address the IS threat[ii]. This confusion has in turn slowed down the development of foreign policy, strategies, and funding. Unsurprisingly, IS moves quicker than our processes in Washington DC. Rather than focus on a name, it is time to focus on behavior. 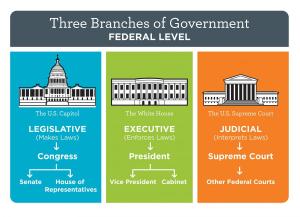 IS’s ability to negatively impact United States interests abroad and inevitably pose a threat domestically are based upon the organization succeeding in their goal to establish an Islamic state that they can govern as they see fit. This Islamic state will be a place where the next generation of violent extremists can organize, train, and plan operations. A behavior based foreign policy statement regarding how the United States will address the threat posed by IS might look like this:

“The United States will employ a whole of government approach working by, with, and through foreign partners whenever practical to ensure an independent state that threatens United States interests, both abroad and domestically, and threatens the Middle East cannot be established in Iraq and Syria.”

Focusing on behavior would enable the Executive and Legislative branch of governments to quickly synchronize their understanding of the issue and enhance communication. Congressional authorizations for authority and funding that focus on behavior would allow the Executive Branch greater operational flexibility as behavior change could be pursued globally, along multiple lines of effort, vice solely in the physical space where the majority of the issue resides. Press releases from Congress and the White House that focus on behavior would better inform the citizenry of the United States and partner nations as to what is being done and why. Perhaps even more importantly, strategic communication that focuses on behavior would further the effort to invalidate the organization by refusing to use its name. The conspicuous omission of a name while attacking actions can help to erode the legitimacy.

Understanding and focusing on behavior – not a name – is the first step towards effective action. We will never know how much time and momentum the United States lost while internally deliberating over ISIL vs ISIS vs IS.